The United Kingdom: A New Chapter 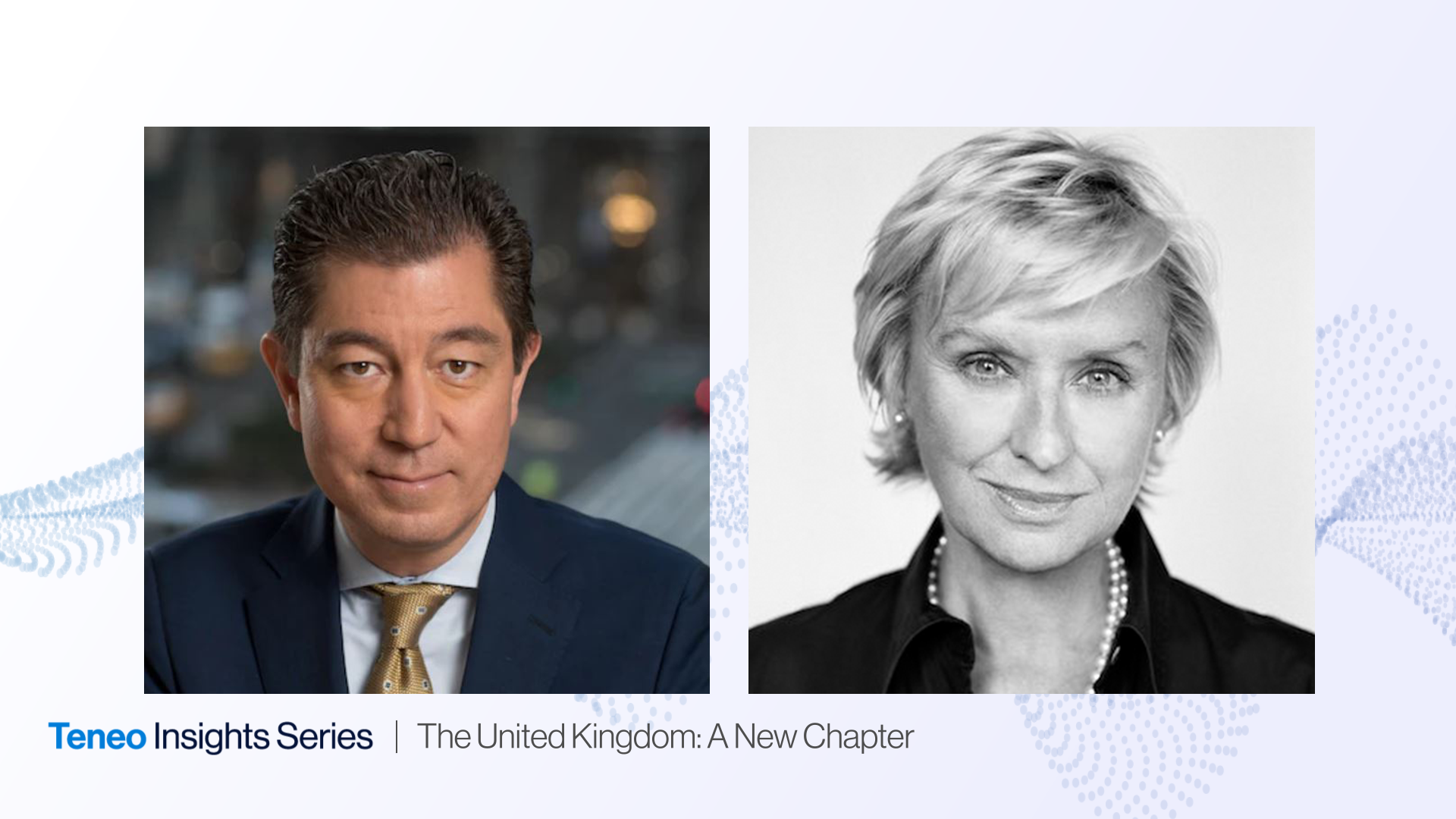 For the first time in history, the UK ushered in a new monarch and prime minister in the same week. Both Liz Truss and King Charles III take over at a turbulent time in Britain, and while Truss faces a brewing social, political and economic storm, Charles III grapples with the future of the commonwealth.

Tina Brown CBE, award-winning journalist, editor, author and former Editor-in-Chief of Tatler, Vanity Fair and The New Yorker, joins our host Kevin Kajiwara, for a discussion on the future of the commonwealth under King Charles III, the queen’s legacy, Britain’s global reputation and what’s next for British politics as Truss faces mounting domestic pressure.

Subscribe to our podcast on Spotify | Amazon Music | RSS

Teneo’s Insights Series provides in-depth analysis on the issues that matter most to CEOs and their businesses. Moderated by Kevin Kajiwara, Co-President of Teneo Political Risk Advisory, each episode features experts from business, politics, academia and media discussing hot-button issues and the impact on financial markets, geopolitics and the business world.

The views and opinions are solely of the program participants and do not necessarily reflect those of Teneo. They are offered to stimulate thought and discussion and not as legal, financial, accounting, tax or other professional advice or counsel.

Necessary Always Enabled
Necessary cookies are absolutely essential for the website to function properly. These cookies ensure basic functionalities and security features of the website, anonymously.
Functional
Functional cookies help to perform certain functionalities like sharing the content of the website on social media platforms, collect feedbacks, and other third-party features.
Performance
Performance cookies are used to understand and analyze the key performance indexes of the website which helps in delivering a better user experience for the visitors.
Analytics
Analytical cookies are used to understand how visitors interact with the website. These cookies help provide information on metrics the number of visitors, bounce rate, traffic source, etc.
Advertisement
Advertisement cookies are used to provide visitors with relevant ads and marketing campaigns. These cookies track visitors across websites and collect information to provide customized ads.
Others
Other uncategorized cookies are those that are being analyzed and have not been classified into a category as yet.
SAVE & ACCEPT
Powered by